When we talk about RPC (Remote Procedure Call Protocol), what pops into your mind is probably RESTful API, Dubbo, WebService, Java RMI, CORBA and so on.

In fact, RabbitMQ also provides us with RPC function, and it is very easy to use.

Today I’ll share with you a simple case of how to implement a simple RPC call with Spring Boot+RabbitMQ.

This approach is not impossible, but it is a bit cumbersome, and RabbitMQ provides a ready-made solution that can be used directly, which is very convenient. Next, let’s learn together.

Next we’ll see how this plays out with a concrete example.

First let’s create a Spring Boot project named producer as a message producer, and add web and rabbitmq dependencies when creating it, as follows. 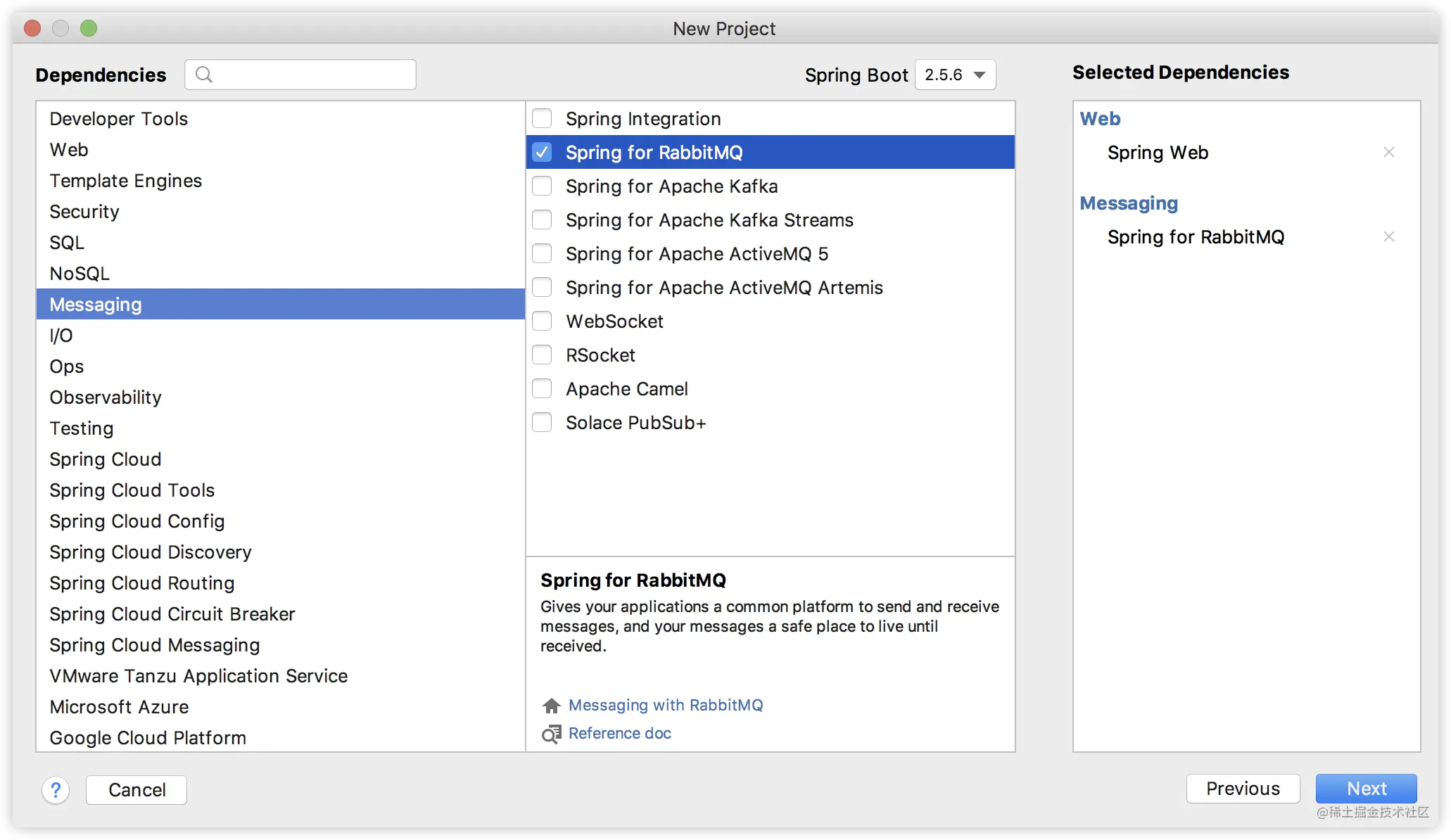 After the project is successfully created, first configure the basic RabbitMQ information in application.properties, as follows

Next we will provide a configuration class as follows.

In this configuration class, we configure the message sending queue msgQueue and the message return queue replyQueue, and then bind these two queues to the message switch. This is a regular RabbitMQ operation, nothing to say.

Okay, then we can start the specific message sending.

This piece of code is actually some conventional code, I pick a few key nodes to explain.

This is the entire client-side development, in fact, the most central is the sendAndReceive method call. Although the call is simple, but the preparation work should be done enough. For example, if we don’t configure correlated in application.properties, there will be no correlation_id in the sent message, so we won’t be able to correlate the content of the returned message with the content of the sent message.

Let’s take a look at the server-side development.

First create a Spring Boot project called consumer. The dependencies added to the project are the same as the dependencies created for client-side development, so we won’t go over them again.

Then you configure the application.properties configuration file, which is the same as the client-side configuration, so you don’t need to repeat it.

Finally, let’s look at the consumption of the message.

The logic here is relatively simple.

After the server-side message is sent, the client will receive the result back from the server.

OK, the job is done.

Next, we perform a simple test.

Next, start the producer and consumer separately, and then call the producer interface in postman to test it as follows. 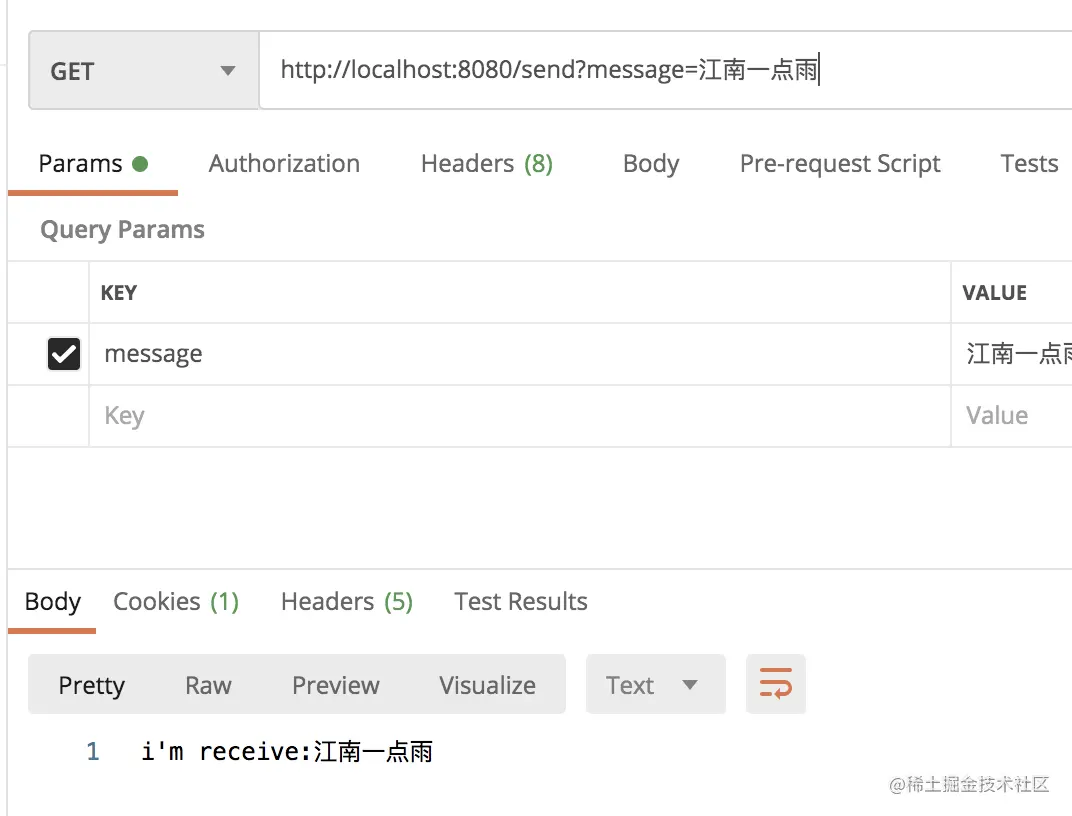 As you can see, the return message from the server has been received.

As you can see, the message is sent out and the information returned by the consumer is also received.

As you can see, the consumer also receives the message from the client.