We previously analyzed the details of the initialization of AuthenticationManager, and there was a piece of code in it that caught the attention of many people.

How does the above get the Spring application context object ApplicationContext directly from the HttpSecurity object? And what is the concept of SharedObject? Let’s figure this out today.

In Spring Security SharedObject is neither an object nor an interface, but a generic term for a class of “sharable” objects.

As the name implies, SharedObject means a shareable object. What it does is if there are objects that you want to share in different scope configurations, you turn those objects into SharedObject, which is a bit of a distributed object. To make it easier for you to understand, here is the architecture. 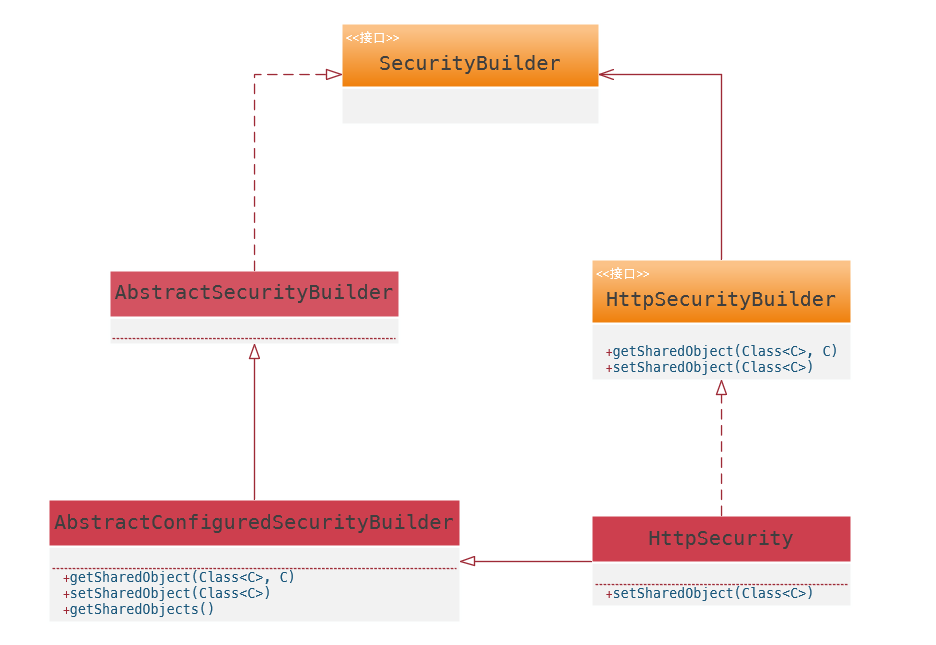 A SharedObject is stored in a HashMap<Class<? >,Object>, see the HttpSecurity source code for details. Its registration is divided into two parts, the first is HttpSecurity initialization when assembled into. Let’s take a look.

The familiar AuthenticationManagerBuilder is shared here.

There is also a part that is registered during the initialization of all HttpSecurityBuilder objects. It is initialized and configured by the SecurityConfigurer.

This is the fundamental reason why I could get ApplicationContext at the beginning of the article.

Getting and using SharedObject

When you need to use ClientRegistrationRepository elsewhere in the HttpSecurity configuration, you can get it directly through getSharedObject, just like at the beginning of the article, without having to write some methods to get it.

SharedObject is a very useful feature provided by Spring Security, if you need to reuse an object in different places you can register it as a SharedObject or even inject it directly into Spring IoC and get it like at the beginning. This feature simplifies configuration, improves code readability, and provides the foundation for Spring Security’s DSL feature.