After the development environment is complete, we merge the code and push it to the test environment and deploy it in the same way. At this point, the testers will test the application. Imagine that after testing a bug, the testers usually have to report some text. For example, the interface address, request parameters, which conditions can trigger the bug, the destructive and impact surface brought by the bug, etc.. Then the developer will restore the scenario according to these situations and track the bug, the efficiency is not discussed for the moment, the problem here is that you are not necessarily able to reproduce it, usually need to go through some complex business processes. At this point, you can trace it step by step by using remote debugging and starting breakpoints in suspicious places.

I won’t waste space on the deeper principles here (in fact, it’s a little hard to understand). The key for us is to use this thing well, in order to simplify the development, right?

First of all, there are many kinds of JPDA method, we only talk about the most frequently used one here, that is, debugging springboot project on remote server in idea, of course, other projects are also possible.

Setting up the application

There are generally no restrictions on how the application can be run, but we usually package the application as a jar package and launch it using the command line, which is actually the case in the container. I’ll use a JDK 8 project as an example below, but of course I’ll point out the differences between versions.

Note that there is no difference between here and our normal application startup, we just need to add the VM option to start the application using the debug agent.

We open the idea client, find Edit Configurations, then select + to add a new Remote JVM Debug and install the configuration in the way shown below. 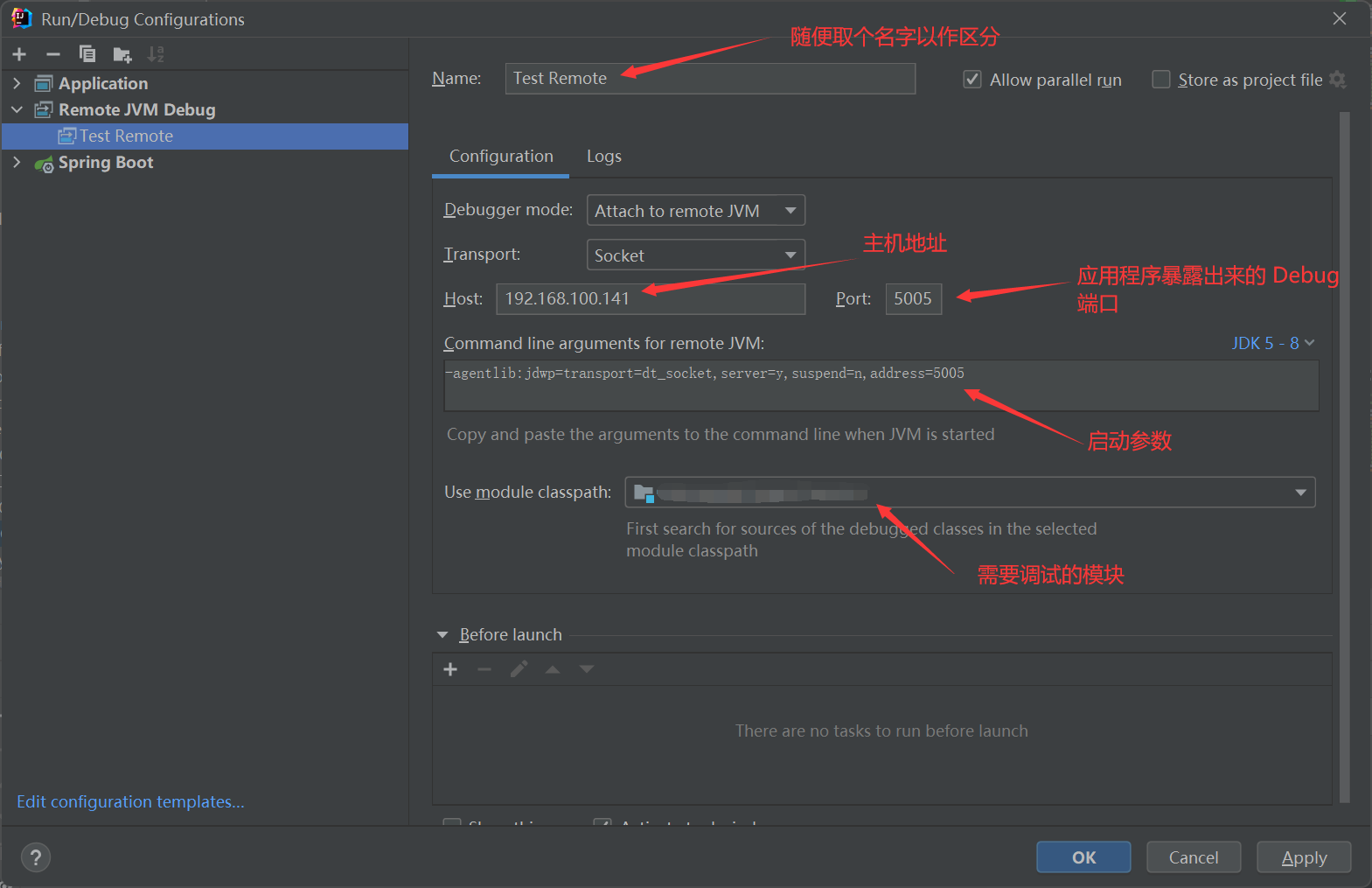 Please note that the ip, port and project module, remember to fill in your own! If you are running on the same machine, you need to fill in localhost.

After the configuration is complete and the remote application is started, we start the local application we just configured and, not surprisingly, you will get the following line of output.

After connecting successfully, try setting a breakpoint on your idea to debug it.

If you have read the documentation, you may have noticed that the configuration varies slightly from one JDK version to another.